History is important to investors. Many investors do study recent history. For example, every major up move in the stock market is compared to 1999. That was the internet bubble and it is a time period seared into the memory of many investors.

In addition to recent history, investors tend to remember a few important market tops. The 1929 market topic is another common frame of reference for investors, as is the Tulip bubble in seventeenth century Holland. For the most part, when these bubbles are mentioned it’s a superficial reference.

Markets Do More Than Bubble and Crash

Of course, not all market periods are bubbles. Sometimes, the market action is relatively boring. That could be a description of how investors felt going into 1966. 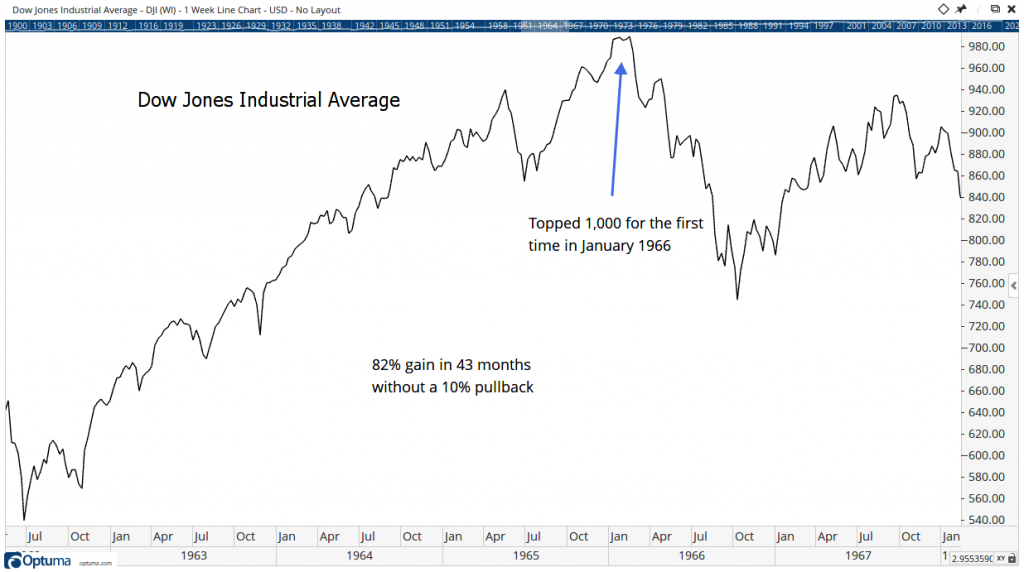 The Dow Jones Industrial Average reached an all-time high in January of that year, topping 1,000 on an intraday basis for the first time in history. Traders celebrated this milestone after an extended rally that provided strong gains for more than three years without a 10% pullback.

Investors had become accustomed to steady gains and problems could be ignored. Unfortunately for investors, problems were lurking and about to be apparent.

The next chart shows the problem of inflation. After years of low inflation, the cost of living was ready to surge. 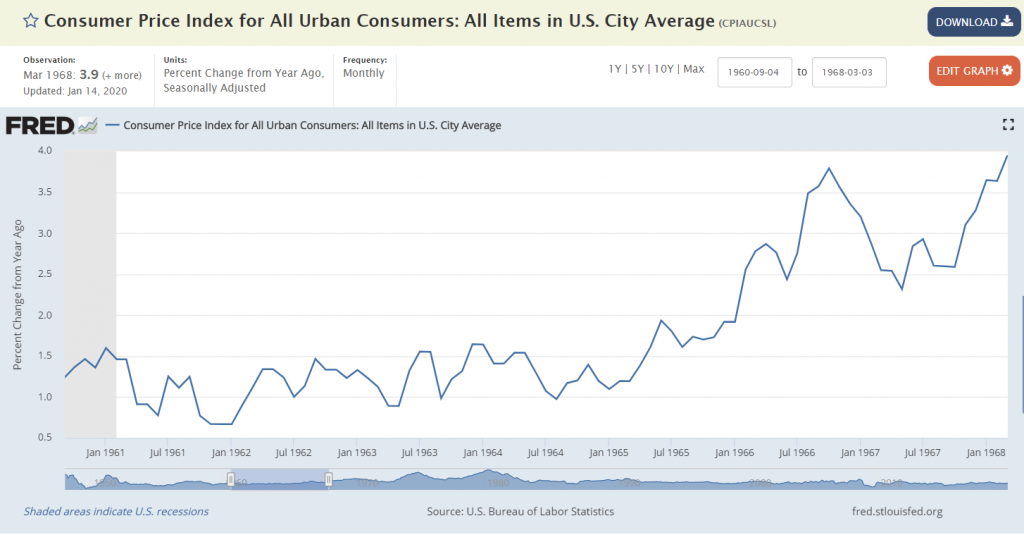 The chart of inflation shows the typical pattern of that economic inflation. Inflation tends to rise suddenly and only sometimes is the cause apparent in real time. In 1966, the cause was government spending.

Under President Lyndon Johnson, the government was spending increasing amounts of money on the war in Vietnam. At the same time, Johnson remained committed to domestic spending. Economists warned that the pace of government spending would cause inflation, and, in this instance, they were correct.

A surge in inflation often spooks investors and that’s because it creates risks and opportunities.

Inflation affects the stock market in complex ways. One of the most straightforward manners is through the bond market.

For many investors, especially large institutions, bonds are an alternative to stocks. Institutional investors include pension funds, which offer an example of how the alternative investment theory can be applied.

Let’s say a fund needs to earn 6% to meet their obligations in 10 years. With ten-year Treasury notes offering 5% yields, the fund managers will have a large allocation to stocks. But if rates rise to 7%, the fund can decrease exposure to stocks and invest in lower-risk Treasury notes.

That’s precisely what happened in 1966.

With rates rising, stocks suddenly became less attractive to many institutions. While excitement over the Dow’s rise to 1,000 was in the air, the 2020 market was topping. That 43-month run was ending. Investors were about to face a challenging 16 years. 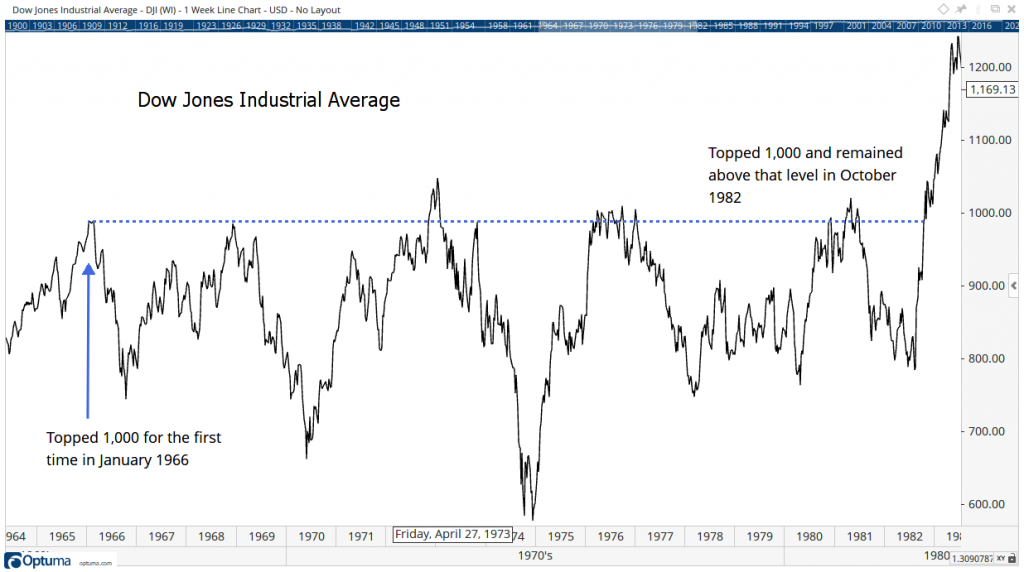 The Dow moved in a broad range until interest rates topped out in 1982. This was a time when many investors gave up on stocks since they carried so much risk and seemed to offer no upside, especially when bonds were so attractive.

Could history repeat? Inflation is always unexpected when it strikes, and it tends to depress stock prices. This is something investors should watch for.

But it won’t take inflation to lead to subpar 2020 market returns. Stock prices are overvalued, and it could take years for earnings to catch up to the current price level. In that time, stocks could move sideways or could decline.

Advice for the 202 market? Now is simply a time for caution.