2008 Shows Us Investors Will Panic Sell in April

Home » 2008 Shows Us Investors Will Panic Sell in April

2008 Shows Us Investors Will Panic Sell in April

I’m watching CNBC as I write, and I’ve heard that word dozens of time today.

The speed of the stock market’s decline is unprecedented.

The coronavirus is unprecedented.

The Federal Reserve’s actions are unprecedented.

This is a bear market. There’s a precedent for that.

Investors have seen large losses before.

And the reaction of investors in the past tells us what to expect in this bear market.

Passive Investors Ignore the Market … Until They Don’t

Remember, millions of investors are passive.

They use index funds in 401(k)s. Many have financial advisers. They trust their advisers and rarely look at their accounts.

These investors ignore the stock market until they get quarterly statements.

As stocks fell in 2008, advisers were telling passive investors to buy the dip. And there was a brief rally each quarter.

When losses became too large, they sold.

The chart below shows how investors reacted to the bear market that ended in 2009.

Dashed vertical lines show the midpoint of the first month of the quarter. This is the time when less-active investors review their quarterly account statements.

As the chart shows, “too large” means a loss of more than 20%. This created the final panic in that bear market.

How Prices Reacted After Quarterly Statements in 2007–2009 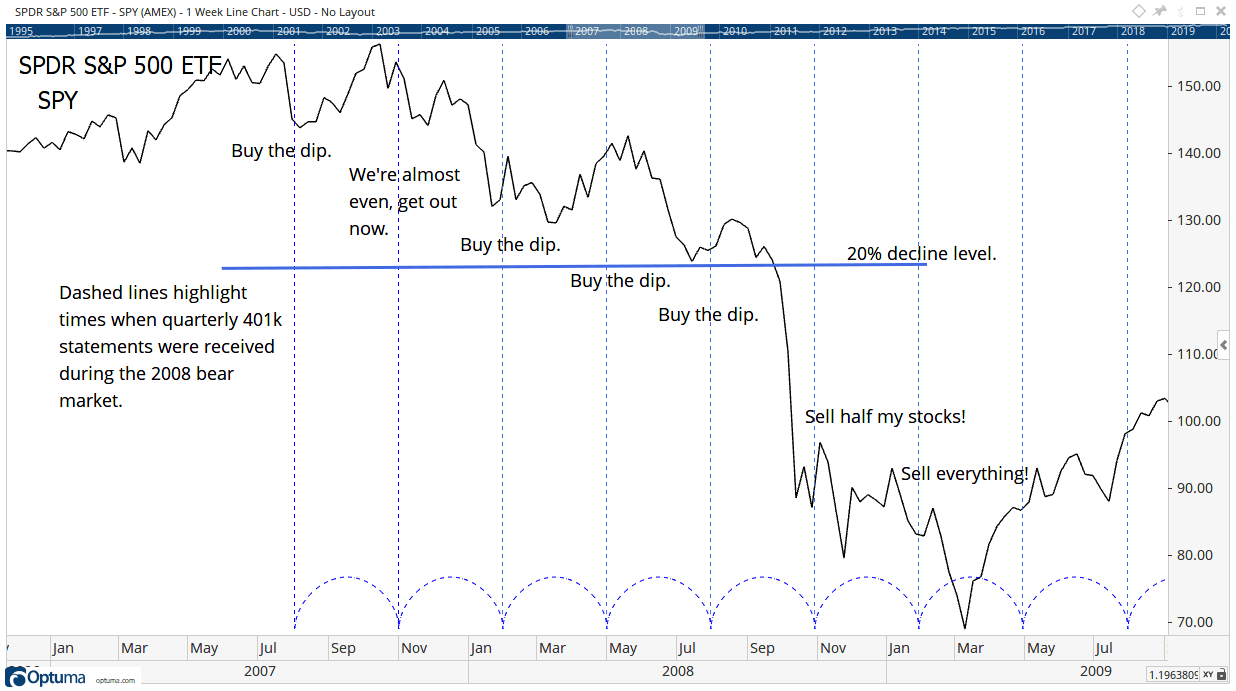 This time will be the same.

Investors will get quarterly statements in April. Then the losses become real.

They will panic … and sell.

Your Action to Take

Now is the ideal time to wait.

Some investors don’t know how much money they’ve lost. They’ll act next month.

This means the current bear market is likely to last into April, at least.