Stock charts are surprisingly controversial. Proponents study them for profits. Skeptics claim they are nonsense. Both arguments have some validity.

Warren Buffett might be the most famous skeptic. He has supposedly said he knew charts were worthless when he held one upside down and couldn’t tell the difference between that and the correct orientation. It’s possible Buffett never said that.

Buffett admitted to applying technical analysis in a 1998 speech at Florida University. He said,

“I bought my first stock when I was eleven. But I was playing around with all this stuff—I had charts and volume and I was making all types of technical calculations and everything.

Then I picked up a little book that said you are not just buying some little ticker symbol, that bounces around every day, you are buying part of a business. Soon as I started thinking about it that way, everything else followed.

It is very simple. So we buy businesses we think we can understand. There is no one here who can’t understand Coke…” [1]

So, Buffett doesn’t use charts, but none of us is Warren Buffett.

Another argument against charts is that technicians cannot tell the difference between actual price charts and random data. This inability has been well documented in several studies and popularized in Burton Malkiel’s book, A Random Walk Down Wall Street.

In this research paper, the authors take a different approach. They test the same idea but find that participants can tell the difference between real and random data. This paper may be an important step in the acceptance of technical analysis by academia and serves as a model in its simplicity to demonstrate the utility of our work.

In Is It Real, or Is It Randomized?: A Financial Turing Test, a team of researchers including MIT professor Andrew Lo, tested this idea. In their paper,

“[They] construct a financial “Turing test” to determine whether human subjects can differentiate between actual vs. randomized financial returns.

The experiment consists of an online video- where players are challenged to distinguish actual financial market returns from random temporal permutations of those returns.

We find overwhelming statistical evidence (p-values no greater than 0.5%) that subjects can consistently distinguish between the two types of time series, thereby refuting the widespread belief that financial markets “look random.”

A key feature of the experiment is that subjects are given immediate feedback regarding the validity of their choices, allowing them to learn and adapt. We suggest that such novel interfaces can harness human capabilities to process and extract information from financial data in ways that computers cannot.” [2]

In other words, the objections of Malkiel and others are valid, but their concerns aren’t meaningful.

What a Chart Does

For analysts, a chart is simply emotion. The chart below shows a frantic buying surge in Tesla. 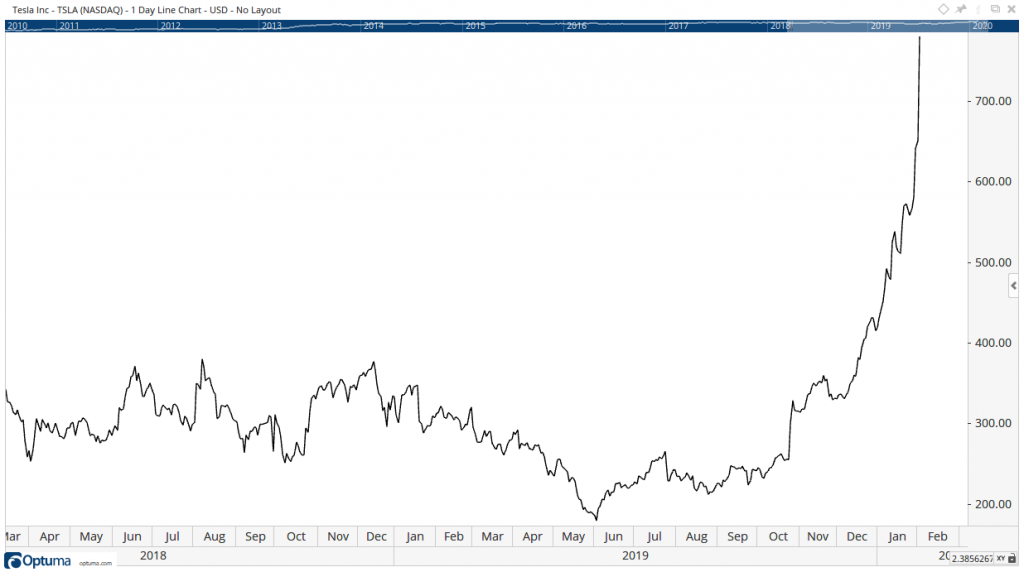 There is clearly an emotional desire to own the stock driving the recent price action. For an analyst, the question is whether or not the fear of missing out visible in the chart is justified. This chart merely says that more research is needed and doesn’t provide a clear answer to that question.

The chart of the S&P 500 also shows emotions, but here there is less enthusiasm. There is still bullishness, or optimism from an emotional perspective. 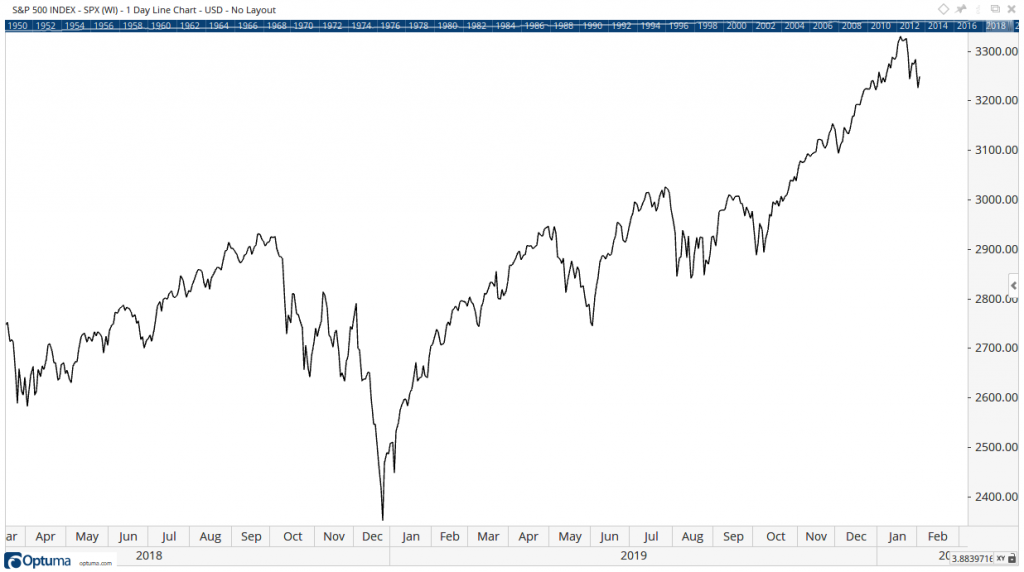 That, at its core, is all a chart tells analysts. The price action shows optimism or pessimism. The chart also provides information for a trading plan, or a strategy, but it doesn’t provide flawless forecasts anymore than a review of a financial statement.

Like a financial statement, the chart simply provides the basis of a strategy that can be applied profitably in skilled hands.