January Seasonal Trends Have a Surprising Message for Investors

Home » January Seasonal Trends Have a Surprising Message for Investors

January Seasonal Trends Have a Surprising Message for Investors

Investors often believe January is one of the best months of the year for stocks.

The reason for that is window dressing, which is trading done by fund managers to make their quarterly reports look better.

Some managers sell positions that show losses at the end of the quarter. They use cash from those positions to buy the quarter’s best performers.

Quarterly reports then show positions in all the right stocks.

Window dressing is a way for management to distract their investors from poor performance.

And although it’s done every quarter, window dressing is especially popular at the end of the year.

In the past, this has created a January effect in the stock market.

A Closer Look at January’s Performance

MarketWatch noted that: “The ‘January effect’ refers to the tendency of stocks to return much more in that month than others — an average gain of 1.8% in the first month of the year versus 0.7% in other months, according to a 2019 MarketWatch analysis — as investors sell losing stocks at the end of the year to lock in tax losses, and then buy them back after the calendar turns.”

But while stock market indexes show an average gain in January, that’s not the case every year.

In fact, the gains cited in the MarketWatch article come from strong performance in just a few years.

Even more so, the high average gains come from strong performance over just a few days at the beginning of the month.

Digging deeper, as we did earlier this month, we can see the seasonal trends for January.

Benefit From 3 Seasonal Trends in January

The chart below breaks the month down by days.

In a typical year, the SPDR S&P 500 ETF Trust (NYSE: SPY) starts and ends January with a rally. But there’s bearish bias throughout most of the month.

Traders expect the strongest January effect in small-cap stocks. The next chart shows January seasonals for the iShares Russell 2000 ETF (NYSE: IWM), an exchange-traded fund (ETF) that tracks these stocks. 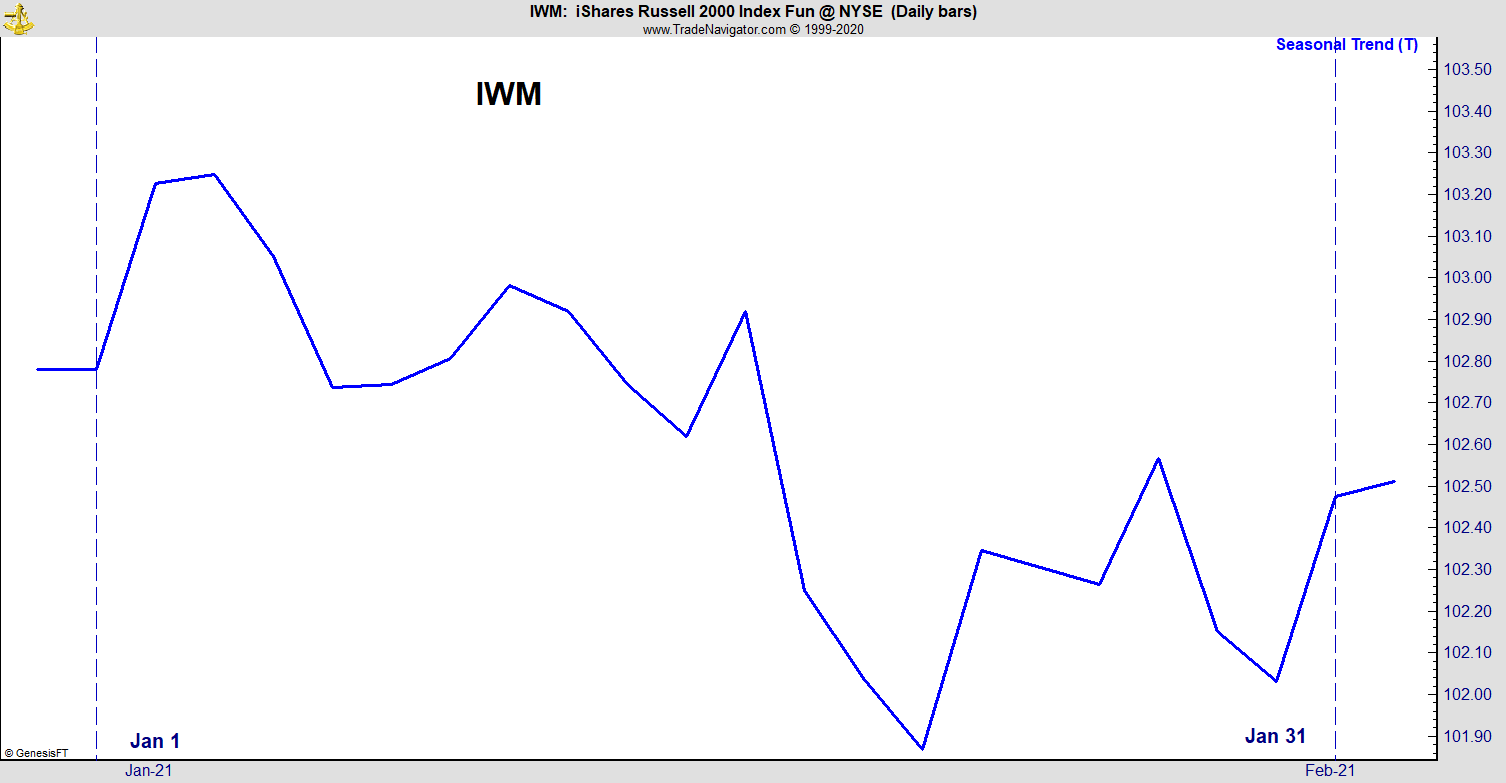 Again, there is a strong trend at the beginning and end of the month, with weakness in between.

Both charts show the impact of window dressing. In the first few days of the month, portfolio managers buy back the stocks they believe have long-term potential.

For short-term traders, trading put options in SPY or IWM could be profitable. Puts increase in value when prices fall.

On the flip side, call options increase in value when prices rise. Traders should consider calls in the Invesco QQQ Trust ETF (Nasdaq: QQQ) that’s shown in the chart below. 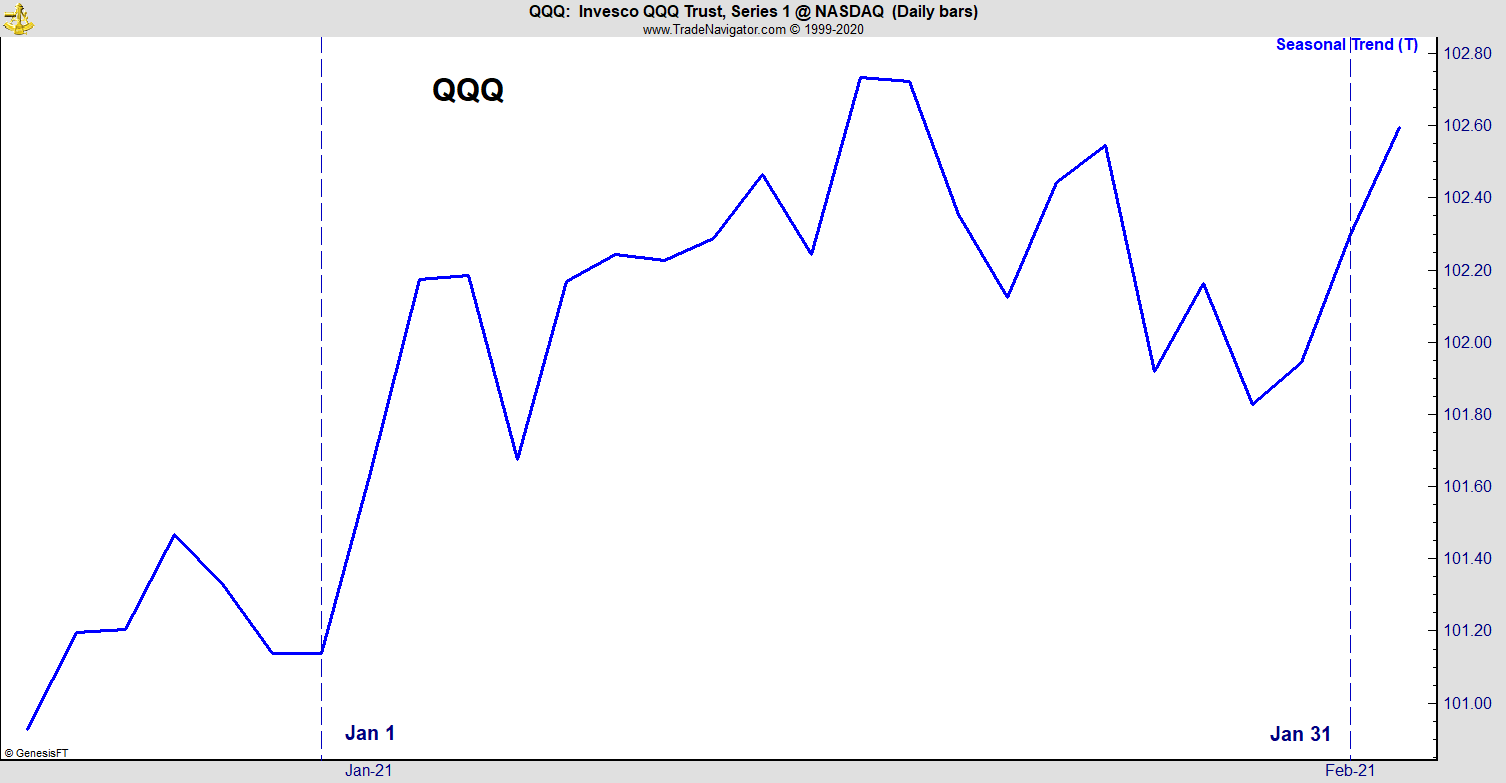 As you can see, QQQ shows a bullish seasonal pattern throughout January.

If seasonal trends follow their typical patterns this month, then short-term traders will have the opportunity to benefit from both up and down trends.

← Don’t Miss This Key Step Before You TradeDoes the Stock Market Hate Uncertainty? →