A $50 Billion Hurricane, Your Political Beliefs and Your investments

Home » A $50 Billion Hurricane, Your Political Beliefs and Your investments

A $50 Billion Hurricane, Your Political Beliefs and Your investments

Do you allow politics to affect your world view? If so, you might be passing up important opportunities to increase wealth.

Political opinions are an indicator of how we think. Investment returns also reflect how we think. Biases are inevitable in these areas and those biases can have surprisingly severe consequences. One recent study found political biases could even lead to death and injury.

This study highlights the importance of objectivity.

For the best investment results, it might be best to ignore your political opinions. In fact, the best results in life could be independent of political thought.

Recent research shows political opinions can affect anything in life, including whether or not you’re likely to get out the way of a hurricane.

This paper holds some important lessons for investors.

First of all, political alliances affected how some people prepared for the disaster. 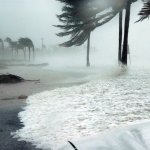 The study found, “Trump/Clinton vote share strongly predicts evacuation rates, but only after the emergence of conservative-media dismissals of hurricane warnings in September 2017, just before Irma made landfall in Florida.”

Think about that – political beliefs affected whether or not people evacuated an area about to be hit by a hurricane.

The authors found “Trump-voting Florida residents were 10-11% less likely to evacuate Irma than Clinton-voters (34% vs. 45%) … highlighting one consequence of political polarization.”

The paper cites a number of reasons for this difference. One reason is that some well-known political pundits questioned the accuracy of the hurricane forecasts. Listeners and readers of these pundits ignored meteorologists because they allowed political beliefs to affect non-political decisions.

This is important for investors to consider. You might think you’d never allow political affiliation to drive decisions about safety during a hurricane.

And you certainly would not. This study looked at all those other people in the world, the ones with biases.

The truth is that political biases affect how we view the world. A partisan divide exists in economic data.

Republicans are twice as likely as Democrats to believe that business conditions are good right now.

CNBC reported, “Sixty-eight percent of small business owners who are Republicans say current conditions for their business are good, twice as many as the 34% among Democratic small business owners, according to the fourth quarter 2019 CNBC/SurveyMonkey Small Business Confidence Survey.”

This bias extends to almost every aspect of economic decision making. Democrats are more likely than Republicans to believe impeachment will affect their business. 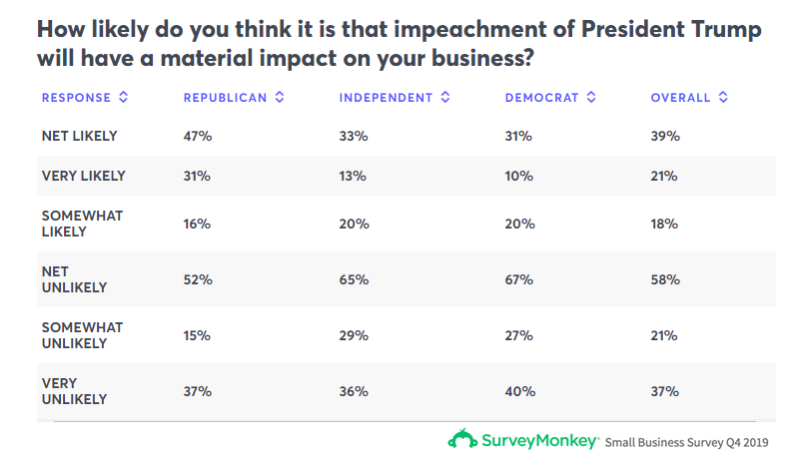 One antidote is to invest by the numbers. Analyze the data from companies and the economy using quantitative techniques. Avoid allowing qualitative factors, like which party is in the White House to affect decisions about dollars and cents.

← Your Complete 2020 Trading Strategy — in 1 ChartIs Lyft Saying the New Economy Is Just Like the Old Economy? →