I’m mentioning it too, but I’m doing something different. I’ll explain why it works.

The S&P 500 Index has performed better, and posted positive gains with greater frequency, over the past 53 Super Bowl games when NFC teams have won.

This indicator has been right 78.6% of the time when an NFC team wins.

This is a statistic everyone knows.

Today, I’ll reveal why the Super Bowl indicator has such a great track record…

The NFL was organized in 1920 with teams located in Cleveland, Detroit, Rochester, Chicago and other cities in the part of the country we now call the Rust Belt. Over the years, the league expanded to include cities beyond the Midwest, but it remained centered in that part of the country. 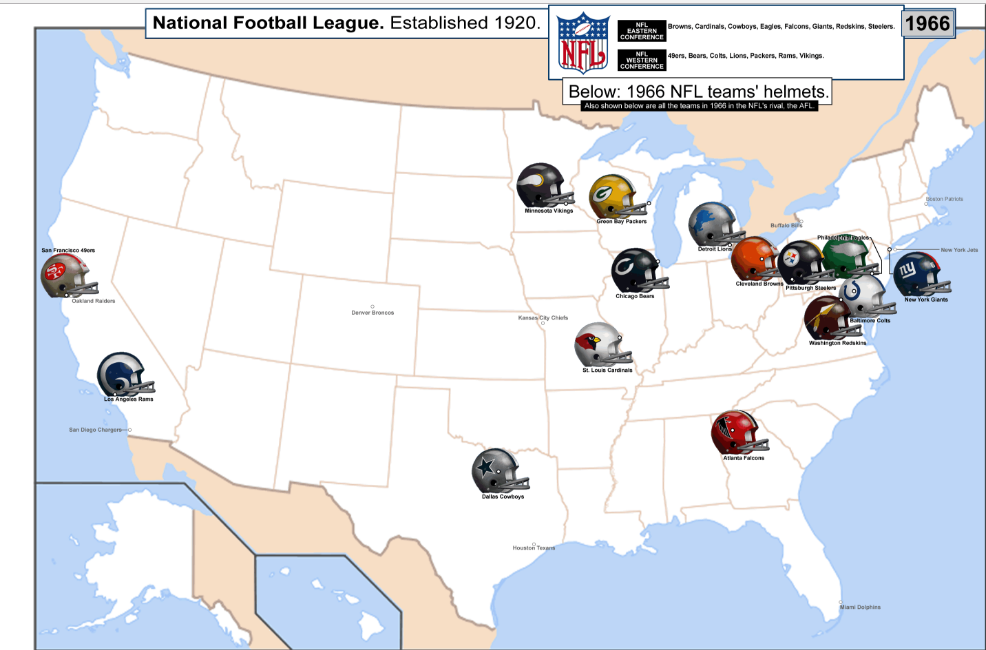 By the 1950s, the country’s economy was enjoying the benefits of the post-World War II boom, creating more wealthy individuals than at any other time in history. Wealthy men around the country wanted to own football teams, but the NFL turned down most applications.

This led to the formation of the American Football League (AFL). Team names such as the New York Titans and San Diego Chargers reflected the ambitions of their owners. Other team names, such as the Houston Oilers, reflected their source of wealth. 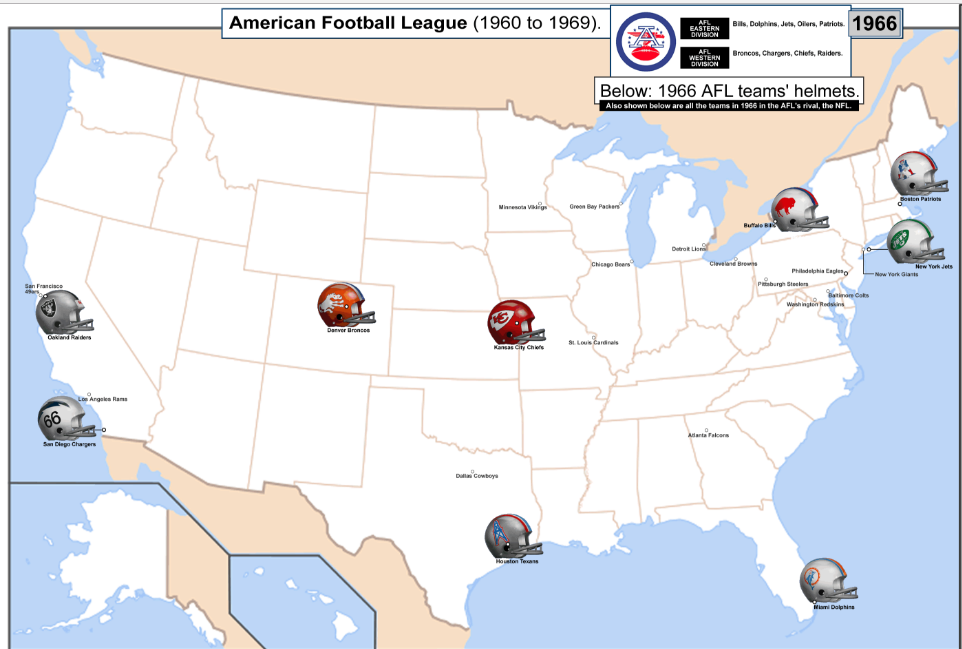 The AFL was “new money” and showed the changing nature of the economy.

When the NFL began, Miami was considered a tropical paradise and the center of a real estate bubble. It had become a stable source of wealth by the 1950s and had come to symbolize the strength of the New America economy.

New money in California created rivalries with nearby cities, and the Oakland Raiders and San Diego Chargers began playing next door to more-established teams.

This sums up the state of affairs at that time. The older NFL was based in cities that formed the backbone of the economy before World War II. The newer AFL teams sprung up in cities that represented the New America economy.

By the 1960s, the NFL-AFL rivalry came down to old money versus new money. This was also a struggle between the economy of the Old America, which was based on industry, and the New America economy, which was based largely on oil and technology.

The two leagues eventually merged, with most of the NFL becoming the NFC, and the AFL and several NFL teams becoming the AFC.

Teams’ fortunes, to some degree, are tied to the economic strength of their host cities. Fans in a city mired in recession won’t be able to attend as many games and will spend less at the concession stands. Owners of these teams will have less money to spend on the team and may be unable to compete for the best players.

The Dow Jones Industrial Average and most major market averages reflect the Old America economy. When an NFC team wins, the averages rise because the industrial center of America is thriving.

When an AFC team wins, economic growth is centered in sectors like technology, and that’s not guaranteed to boost the major market averages or even the whole country.

This all means there is a simple explanation for the widely panned Super Bowl indicator. The stock market reflects the core of the economy, and the success of a football team reflects the economy of its home city. It’s as simple as that.