How Traders Can Profit from What Few Know About the Coronavirus

How Traders Can Profit from What Few Know About the Coronavirus

We know almost nothing the coronavirus right now. That is an honest assessment, regardless of the story that is told in thousands of news articles.

The lack of absolute knowledge is apparent in the official statements of the Centers for Disease Control and Preventions (CDC). In an epidemic, the CDC does everything possible. In the case of the coronavirus,

“CDC is closely monitoring an outbreak of respiratory illness caused by a novel (new) coronavirus (termed “2019-nCoV”) that was first detected in Wuhan City, Hubei Province, China and which continues to expand.

The epicenter of the virus is in China where millions of people face restrictions on their movements. [2] This government-imposed restriction is leading to economic contractions.

Whether the restrictions are intended to or not, they will restrict commerce. This is especially because of the accident of timing that occurred. The restrictions on travel within the country coincide with Chinese New Year, a time when tradition dictates travel to see family, gift exchanges and celebrations.

That spending is now on hold.

Consumer spending is a driver of the economy and there is now uncertainty as to how China will meet its economic growth targets. This also has implications for the global economy.

Fuel provides an example of the global reach of the crisis. If air travel declines in China, and passenger trips to and from China decline, there will be less demand for oil. This could already be appearing in the price of oil as the chart of oil futures shows. 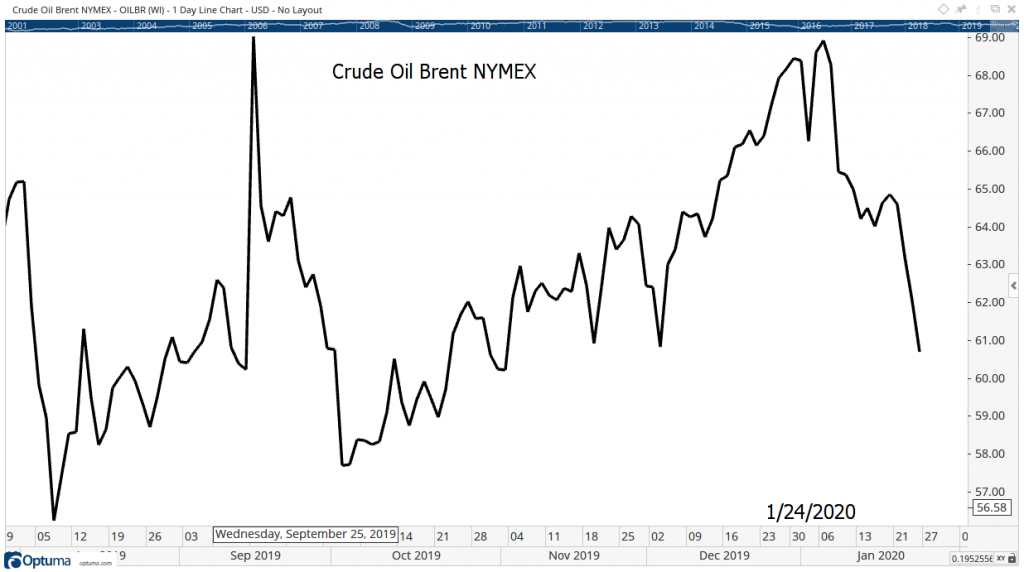 Oil futures are volatile and could rebound quickly if China lifts its travel restrictions.

The Impact Is Uncertain, But Not Without Precedent

However, there is some uncertainty as to the impact of the coronavirus on global markets. That’s because of the efficient market hypothesis (EMH).

The EMH is a widely accepted theory that states “share prices reflect all information and consistent alpha generation is impossible. Theoretically, neither technical nor fundamental analysis can produce risk-adjusted excess returns, or alpha, consistently and only inside information can result in outsized risk-adjusted returns.” [3]

Under the EMH, news is incorporated into the market price immediately. Chinese stocks, represented below in the Shanghai Composite Index, moved down as the news broke. 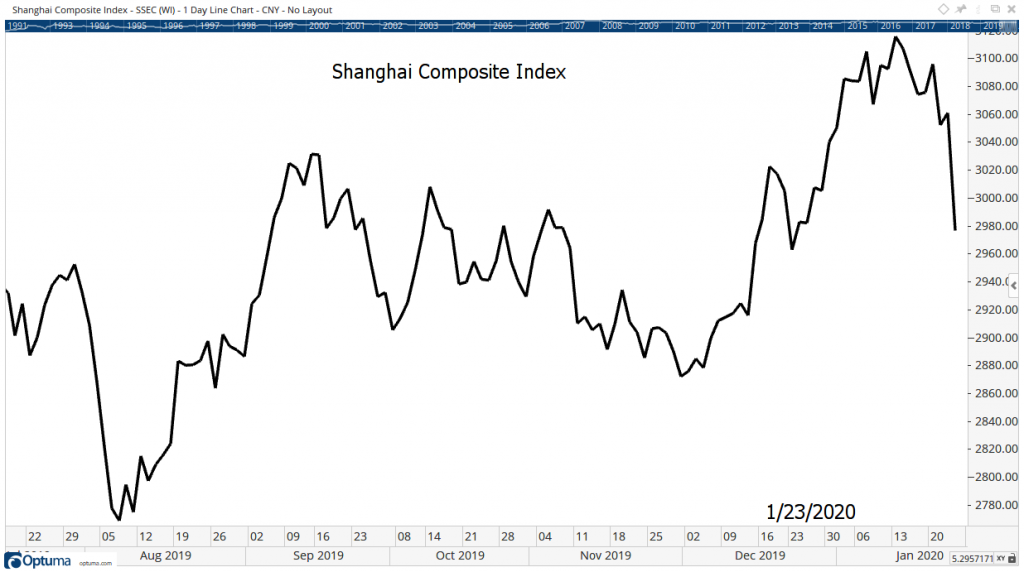 But the Chinese stock market was previously scheduled to be closed from January 23 to January 31. This means prices are not able to reflect the news as it breaks.

This also means there is likely to be a catch-up price move when the market reopens. Until then, traders will be on the sidelines, waiting to buy or sell and the pressure will build until the market opens.

A historical analogy could be the U. S. after 9/11 when the stock market closed for a week. 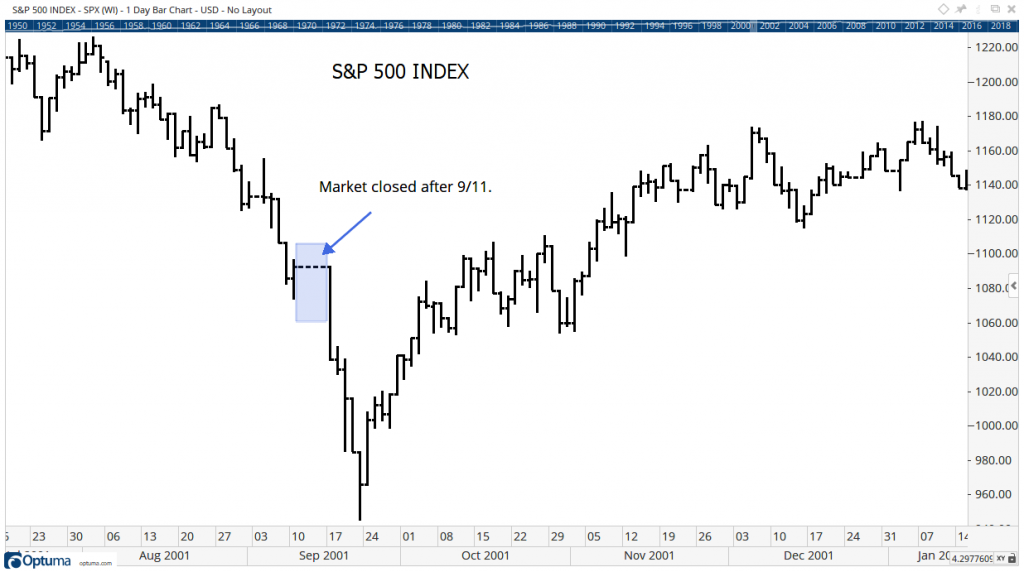 The delay in 2001 was needed to rebuild infrastructure, but analysts and regulators hoped the closure would provide a cooling off period and relieve selling pressure. There were some buyers at the open when markets reopened, but the stock market moved sharply lower for several days as traders priced in what was known.

That’s likely to happen again. It will take a few days for Chinese stocks to find the right prices for trading. With history as a guide, it could be best to prepare for a decline in Chinese stocks.